Welcome to Love of Place. Most of my work celebrates our connection to the natural world.

Most recently, my Knocking on Heaven's Door is the winner in the category of science fiction in the 2016 New Mexico/Arizona Book Awards and in the category of fiction in the 2016 Arizona Authors Association Awards. A number of reviewers have been enthusiastic, including the website Geeks of Doom, which makes me smile. Not many people know me as a geek of doom! But I am happy to embrace the complexity of my personality.

I'm also so pleased that Diary of a Citizen Scientist: Chasing Tiger Beetles and Other New Ways of Engaging the World has been awarded the 2016 John Burroughs Medal for Distinguished Nature Writing, as well as the 2014 WILLA Award for Creative Nonfiction from Women Writing the West.

These are nice landmarks in a writer's life. I would be writing regardless--but, still, whew. It's good to have some encouragement.

A short interview with Janet Riehl

Sharman: Your poems in your audio book “Sightlines: A Family Love Story in Poetry and Music” are about family and your family’s home place. Tell us how that place came to be so strongly connected to family.

Janet: I traveled and lived all over the United States and the world. There are places I passed through or stayed for a time…even years…that didn’t feel like home. Then, there were places of the heart. My heart homes are Botswana and Ghana in Africa, New Mexico, Northern California (specifically Lake County), and our family place in SW Illinois where most of the “Sightlines” poems center.

Our place there is inextricable from our family. My great-grandfather E. A. Riehl founded Evergreen Heights in the 1860s. My grandmother Anna was one of the Riehl sisters. My father was raised there. He raised his children there. He nursed his wife there before her death. He continues to live there in the Big Brown House by himself, with the help of a family support team. His granddaughter and two of his great-grandchildren live next door in the White Cottage. This continuity of six generations nurtured by one place is rare in contemporary society.

Following my father’s death, his heirs are dedicated to continuing to keep the place…and to keep it in the family. We have been schooled in this value and some long-term ways of looking at the problems and practical matters of how to accomplish that.

Our land—now down to 100 acres—has gone through several transformations. Originally, E.A. Riehl used the land as a base for his horticultural operations. He was in his time considered one of the eight foremost horticulturalist in the world. His specialty was grafting nuts, particularly chestnuts. He had found a way to make a living commercially by shipping his nuts and flowers regionally to Chicago and back East…while, at the same time, doing ground-breaking research field work.

After E. A. Riehl’s death, his daughter Amelia continued his work at a time when women didn’t do that sort of thing. After my father came back from World War Two, he wanted with all his heart to stay on the land to make his living. But, that time had passed. To support his wife and young family he went to work in town: first as a powder monkey (i.e. dynamite) for a quarry and later working for the gas department in the utility company.

When we (my brother, sister, and myself) were growing up, we still lived like farmers…haying, keeping a horse or two, hogs, milking our cows, growing and putting up all our food. Gradually, that existence of the land decreased as each of his three children migrated to college and out into the world. Now Pop, 93, says that his rental property is his best crop.

My father has a deep feeling for this land he’s known since boyhood. He’s written beautiful poetry of great foresight about this land and ecology issues. He instilled this feeling in all of us.

In my girlhood I roamed this land…its woods and our pine rows on the ridge. It was my best companion and where I went to for solace. Coming back to the place—its presence and its memories—form one of the leitmotif’s in “Sightlines.”

Sharman: You speak of life as being rich with meaning, and you find your meaning in big things like love and family and home. You also find meaning in some odd places like in the poem "Butt Wipes." Should we perhaps be on the alert for meaning everywhere—in the daily affair of being human?

During 2005, the year following my sister’s death in a car wreck (the period in which these 90 poems are set) I made one of the most important decisions of my life. A friend in Lake County in Northern California knew I was struggling with how deeply to be involved in the situation back in Illinois where most of my family is centered. He told me “Everyone deserves to know the truth about their lives.” Out of the truth I found, I wrote “Sightlines: A Poet’s Diary” which later became the audio book.

One of the wings of our family situations was taking care of my mother at home; this was a decision and effort we were united in as a family. She suffered from dementia as a result of a stroke in 2001. She’d been a passenger in the car when my sister was killed and had been severely injured. She nearly died in the hospital after that, but finally, she lived and we brought her back home.

Caring for my mother and groping for meaning both alone and with my family during this period taught me so much through all the grief and pain we faced. My mother needed care moment by moment. I cared for her during the day and my father was her night nurse.

My mother’s constant need for care and her altered state of mind demanded living moment by moment and locating my meaning in that moment. What I had was what was in front of me: my mother, a mother totally unlike any I’d ever know before. She said profound things and funny things. We sang to each other and made jokes. When she was on the move in her walker, I was on the move, too. When she went to the toilet, I was there to help her.

That’s the context for the cycle of poems that surrounds “Butt Wipes.” I considered whether to include these in the book, but it seemed important. There is both pathos and humor shown in this cycle that could only come out there, in that particular way. People who have become caretakers appreciate this cycle especially.

Sharman: What particular clarity and healing comes out of the act of writing?

Janet: Every art form has its gifts and demands. I’ve been blessed to be a visual artist, musician, and storyteller in my life as well as a writer. The gift of writing is, indeed, clarity as we put our thoughts, experiences, and feelings into words. Visual art can be more inchoate, for instance.

In writing we may not know the full extent we’ve done until we’ve done it, true. And, we may be surprised in the act of writing, true. But whatever it is, it demands to be named. It is in the naming and finding the images and detail to support that naming that clarity comes.

In this way writing can become your practice…as in the Quaker practice of sitting in silence waiting for guidance. I have known several Buddhist practitioners who were advised by their teachers to take their writing as their main practice.

For me, writing “Sightlines” was like that. I started the writing following a small retreat in which I received guidance of “Clearing/during this quiet time.” I wrote every morning in bed before I went down to take care of Mother. I took notes during the day to have a place to start the next morning. The slow pace of our lives alive with boredom, intensity, and sudden surprise were ideal seedbeds for clarity.

Sharman: Why do you write about the things you love?

Janet: To honor them and know them more deeply…just as a lover comes to know and honor her beloved.
Posted by Sharman Apt Russell at 7:04 AM

Hal is a wonderful poet...writer and publisher of "Short Sleeves Insights: A Book for Friends."

Always heartening to have a fan!

Thanks, Sharman to posting this interview...talking about the things and places I love.

I love reading our conversation here as it brings into sharper focus on love, place and meaning in my personal life and my work.

Your readers will enjoy Mary Ruth Donnelly's review of "Standing in the Light" on Riehlife at this link:

Looking forward to hearing from your readers in the TREASURE HUNT contest.

Second, answer today’s question: How did Janet find her voice in recording her poems during the 8 hour session?

All the best. Wonderful visiting your site on our 20-stop blog tour.

Janet,
Through such a tough time with your mother, you gained such valuable insight about living, being in the moment.

Thanks for the reminder. 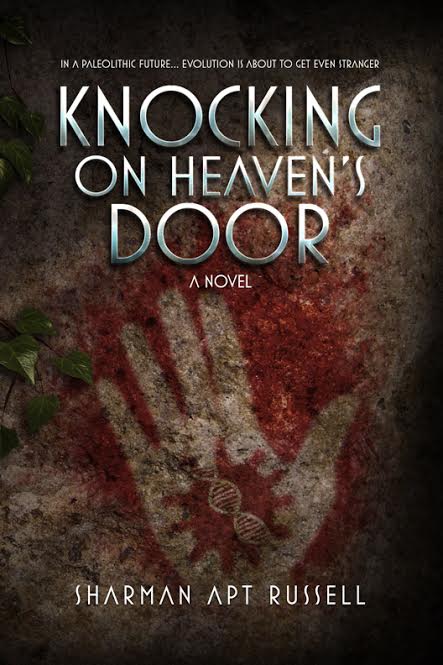 Diary of a Citizen Scientist 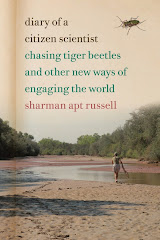 Teresa of the New World 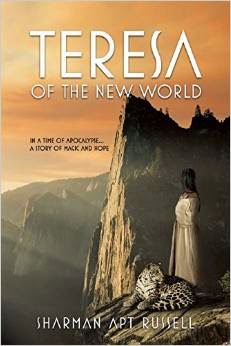 New YA novel out this March

Promote Your Page Too 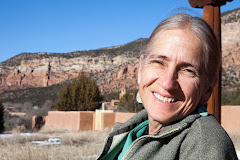 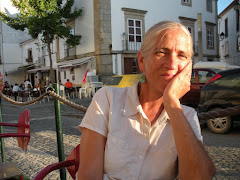 Standing in the Light